Most of us guitarists began playing in a bedroom with a tiny little practice amp, and now you can have tonnes of amps right on your computer!

In most cases, I recommend getting an audio interface to play your guitar into your computer.

Luckily this can be inexpensive.

In this article, I will explain why using an audio interface is preferable, how to do it without one and even give recommendations of gear for different budgets.

Do You Need An Audio Interface To Play Guitar On A Computer?

You can play and record your guitar on your computer without an audio interface.

However, I will preface this by saying that it probably won’t be an enjoyable experience.

The audio interface not only provides a way to plug your guitar into your computer but is also an external sound card.

Typically the soundcard in your PC or Mac leaves much to be desired.

Plugging straight into your computer, via a guitar to USB adapter, for example, will allow you to play in your chosen software.

However, there will be a lot of latency issues, and most likely, the quality will be lacking.

This is an example of a guitar to a USB device. 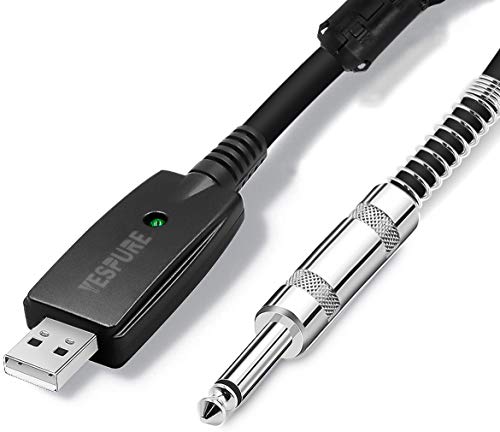 An audio interface will solve latency issues and provide a preamp for your audio signal. The best part is that it barely costs more than the guitar to USB adapter for a decent audio interface.

Depending on your budget, I would recommend one of the following as a USB audio interface:

Check out this guide for more of our top-pick audio interfaces.

How Can I Record My Guitar Without An Audio Interface?

Other than the guitar to USB devices mentioned previously; I would say that the best way to record your guitar without an audio interface is using a USB mic.

Using an electric guitar, you can mic up your amp. If you’re on an acoustic, just mic that up.

Can A Guitar Amp Be Used As An Audio Interface? 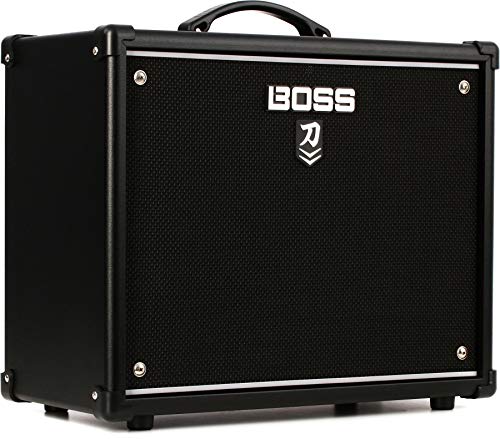 Nowadays, increasingly more guitar amps come with a USB port that allows your amp to be directly connected to your computer.

Not every guitar amp can do this, and I would say that most don’t, but a large number of those do.

If your amp has a USB port on the back, then chances are you’re good to go.

You may have to check online whether your specific setup requires any extra software, but you can record with this.

I’ve used the Boss Katana 50 MKII and have been very happy with the results.

How Do I Record My Acoustic Guitar On My PC?

This depends on whether you have an electric-acoustic or acoustic guitar.

For both, I would recommend recording the guitar with a microphone, but with the electric acoustic guitar, you can use the jack output the same way you would for an electric guitar.

I recommend using a condenser microphone such as the SE Electronics X1, which will require phantom power from your audio interface.

Can You Plug A Guitar Directly Into A Computer’s Mic Input?

Unfortunately not. The mic inputs on your computer are not designed to handle the input coming from a guitar.

This is why USB to guitar adapters exist.

However, even if you could, it would sound terrible. So don’t worry.

Do You Need An Audio Interface For Recording Music?

Technically, no. But you will probably find it more cost-effective and easier to have an audio interface.

If you don’t have the funds to buy anything and want to make music, you can use a lot of workarounds.

Don’t ever let your lack of equipment stop your creativity. You may have to get creative with what you have, like using a laptop mic or even an old USB mic from the guitar hero games (that’s literally how I started).

This also depends on what kind of music you intend to be recording and which instruments. But even then, there are workarounds if finance is an issue.

If you want to record a complete drum kit, your life will be much easier with an audio interface with multiple inputs (I use 8).

However, you can experiment with mic placement using a USB mic you may have and double up the recording with drum samples. You can do a lot with one microphone, especially as a guitarist.

Audio interfaces often come with a lesser version of recording software (or digital audio workstation) at no extra cost, such as Pro Tools or Studio One.

So not only do you have decent audio quality and less latency, you’re provided with literally everything you need to get going.

Of course, there is free software that you can make music with, but this is still very much a plus.

There is also the option of using hardware to record music. However, this tends to be far more expensive.

Digital multitrack recorders are available that have everything you need in one box to record entire songs, such as the Tascam Portastudio. 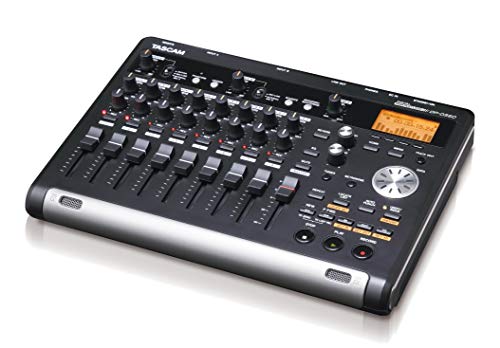 Another option is recording to tape, like how they made records before computers were involved (but this is expensive).

There are also portable samplers that can do incredible things inside the box, such as the Roland SP-404 MKII. This even has built-in guitar amp sims. 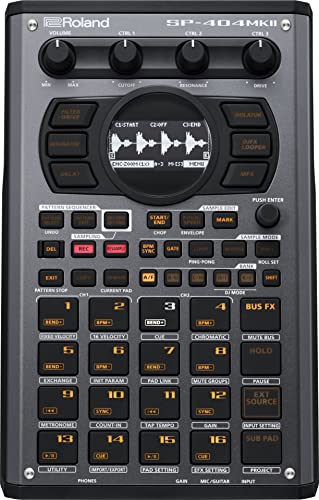 An audio interface solves most issues you’ll encounter when beginning your recording journey.

It’s an expansive world to jump into, and an audio interface will help you jump unnecessary hurdles from day one.

How Do You Record A Good Acoustic Guitar?

I will preface this by saying that you should experiment with mic placement, different mics, and different places in your recording room of choice.

It also depends on the vibe you’re going for.

Do you want it to be close and intimate? Or maybe a distant sound full of space?

A good starting point is to use a condenser microphone positioned at the twelfth fret of the guitar but angled towards the sound hole.

To use a condenser microphone, you will either have to use a USB microphone or provide phantom power through your USB audio interface.

This is a standard technique, and you will get good results.

But once again, experiment with how far away the mic is, or maybe even try it at a different fret. Mic placement is everything when it comes to getting the right tone out of your guitar. Experimenting is one of my favorite parts of music production.

Another technique I like to do is combining microphones.

For example, having a condenser mic in the same place mentioned above and having one or two microphones above your head.

I tried this because I wanted to record the guitar how I was hearing it, so I put the mics in line with my ears.

What Are The Outputs On An Audio Interface For?

The outputs are how you are going to hear your music. Most interfaces will have at least one headphone output and one pair of monitor outputs.

Most interfaces also have separate volume knobs for each.

As you start getting more outputs, you can also begin to have different mixes sent to the outputs.

This is great for someone recording an instrument or vocals and wants to hear the click, but the engineer/producer wants to listen to the song without the click.

Is An Audio Interface Worth It?

In my opinion, 100% yes. I have gone through a few interfaces. You may want to upgrade as you get better, but to begin with, you can get a cheap interface that could serve you for years.

A USB interface will also help improve your live sound if you use backing tracks. With how small they are, they are perfect for this.

Why Should I Get An Audio Interface If You Can Record With A Mic?

You can record with a USB microphone for sure. However, having an interface gives you many advantages. You can later add more microphones to your collection and use them through the same setup. You also have more control.

Should I Buy An Audio Interface For A USB Microphone?

No, the USB microphone connects to your computer via the USB input. An audio interface typically has XLR and/or jack inputs.

Can You Plug Guitar Pedals Into An Audio Interface?

You can. Just treat it as an amp; plug your guitar into your pedals, then the pedals into the instrument input of the audio interface.

There are a lot of great amp simulators out there. My favorites are Guitar Rig 6, included in Native Instruments Komplete Audio, BIAS AMP 2 by Positive Grid, and Archetype Nolly by Neural DSP.

Using an amp simulator with pedals is a great way to expand your sonic pallet further. Every combination of the amplifier, cabinet, and pedal will produce different results.

At first, it’ll very much be a fun time exploring tone. But after a while, you will find the most pleasing sound and develop your sonic character.

Want to learn more? Check out this article asking if an audio interface improve sound quality.