Studio One’s stock plugins are just as good as their 3rd party counterparts. Unless you prefer the way those integrate into your workflow, there’s almost no need to reach for anything not provided with the Professional version of Studio One.

Managing the financial side of your music career is never a breeze. With professional versions of DAWs being expensive enough, the last thing we need is to cash another couple hundred dollars on 3rd party plugins.

Presonus Studio One has rightfully claimed its position as one of the rising stars in the DAW market, but how good are the stock plugins?

Can you produce pro-sounding tracks using nothing but what comes with your Studio One Professional purchase?

We’ll put the plugins to the test and see how well they compare to their famous 3rd party counterparts.

Let’s start with the most useful plugins first.

Pro EQ 2 is the bread and butter of Studio One’s stock plugin toolkit.

It does a great job of visually representing what’s going on in the selected channel. And it sounds great, no question about it!

The only problem I have with this plugin is that it looks kind of dated.

Compared to the industry standard Fab Filter Pro Q, it really pales in comparison as far as the looks go.

You get five bands of EQ that can get as wide and as narrow as you like and additional low cut and high cut filters.

This would be quite enough bands for most applications to get you covered. However, some mixers may find it a bit limiting.

All in all, there’s nothing special to say about it. It’s an EQ; it does the job.

It compresses your signal with all the features of a modern compressor (internal sidechain, the low cut filter, mix knob, etc. ). It all works just fine.

However, as with the Pro EQ2, I don’t find it particularly inspiring to use. The GUI is quite plain and up to the point.

I think it was mainly designed to be used as a quick tool to catch some wild peaks instead of using it as a fancy bus compressor.

Channel Strip is a great way to speed up your workflow.

Instead of loading a couple of plugins separately, you have the essential ones in a single window.

Again, there’s nothing in there that will blow your mind, but it simply does exactly what you need it to do.

In terms of GUI, it’s designed to emulate the modern, digital channel strips instead of the old-school, SSL-style ones.

My only issue with Studio One’s stock gate is that no parameter lets you decide how much lookahead you want in there.

It really is a minor detail.

Otherwise, it works just like a good noise gate should work, and I’ve never had any issues.

Strangely enough, mixtool has become one of my favorite plugins and an irreplaceable part of my workflow.

It looks like the most basic thing you can get (it essentially allows you to flip the polarity and adjust the gain). Still, once you get used to using it, you’ll never mix a song without it again.

I like how you can quickly gain stage your mix with it and use it as an auxiliary volume fader at moments where you have loads of volume automation going on. You don’t want to ruin it all with slight adjustments.

This plugin tells you if the signal you’ve loaded this plugin on is in or out of phase, which is no small thing.

Before I got to familiarize myself with what the phase-y signal sounds like, tools like this were incredibly helpful.

If the correlation bar shows positive values (the bar is on the right side of the spectrum), your signal is in phase and vice versa.

Binaural Pan is honestly one of my favorite stereo wideners.

I like how it lets you go crazy with the panning, to the point where stereo placement becomes an effect rather than a subtle enhancement.

It works wonderfully on guitars to gently spread them to the sides and carve out the room for the rest of the band.

I’ve found that values up to 150% give you a more conventional stereo spread, whereas values above that threshold tend to mess up the phase too much.

This can, of course, be used as a really cool effect, but I would be careful with using it on your core channels.

The utility plugins are designed to be the workhorse in your projects. A plain GUI probably even adds that they’re meant to be used as simple tools that will get the job done.

Studio One is quite generous when it comes to delays. You get three delay plugins – Analog Delay, Beat Delay, and Groove Delay.

Each of them has a unique approach to how you’d go about using this effect.

Analog Delay is a straightforward delay that comes with all the perks of even the finest delays on the market.

I quite like having the EQ filters inside the delay plugin, as it saves me from having to load another plugin just to trim a bit of lows and highs.

Saturation is also a bonus.

Beat Delay is mainly designed to create either regular or whacky rhythmic patterns. You can delay the signal in a triplet, double-time, or half-time feel.

You get to design how each repetition of the delay will behave. You can get wildly creative with it, and it’s one of Presonus’s gems.

I’ve personally found options like these only in the latest Timeless vst plugin by FabFilter.

It is indispensable for anybody who’s really into beat designing.

Mixverb is mainly designed to be used as a reverb that doesn’t aim to sound real. It’s there to add depth and space to the mix.

It’s pretty straightforward to use as you only have a couple of knobs that should give you the sound you need. Having the gate inside the plugin is a welcome bonus.

On the other hand, Room Reverb is meant to give the feeling of an actual space. Perhaps it’s on par with the industry-standard convolution reverbs, but you have many options to tweak the space.

I especially like the feature that lets you precisely position the sound inside the room as you want it.

I find that it shines the brightest when you need your tracks to really “scream“, as it is pretty aggressive and in your face distortion.

You can have a warm sound, but I was never too crazy about it. I mostly use it to distort the life out of vocals. It’s absolutely perfect for that.

All the guitar players will be happy to know that you get an amp sim together with a bunch of pedals.

Ampire has undergone a significant facelift in the plugin’s latest edition, and now it’s a quite decent amp sim.

You get 5 of the most widely used amps that actually sound pretty good together with a wide selection of cabinets.

The sound is perhaps not in the league of Neural DSP stuff or Amplitube. Still, I’m confident that it can even be fit for the record with enough attention.

Once you couple this with Pedalboard, you get an additional layer of possibilities to sculpt your guitar and bass sound to perfection.

Emulations of all the major guitar pedals are there, and it’s pretty fun to go through all of them and try to mix and match them with different amp models.

For a stock amp sim plugin, I was pretty impressed with how it sounds.

Personally, the Fat Channel is the star of the show when it comes to stock plugins.

It definitely is on par with all of the industry-standard stuff.

Fat Channel is another channel strip but designed with more attention to detail and numerous options to choose from.

You get a gate, three types of compressors, 3 EQs, and a limiter.

What really ticks all of the boxes is the compression and EQ portions of the plugin.

You get six amazing-sounding emulations of popular hardware units that at times sound even better than their more popular counterparts. I especially like the FET compressor (1176 emulation) and Passive EQ (Pultec emulation).

Should I Use Stock Plugins for Music Production?

If you want to save a bit of cash without sacrificing processing quality, stock plugins can work like a charm. The only problem you face is that if you ever decide to switch to a different DAW, your workflow would have to be totally reinvented.

Which Digital Audio Workstation Is Better for Vocal Mixing, Cubase pro or Studio One Pro?

I’d say that mixing vocals is mainly about the skill of the mixer and has very little to do with which DAW you use. Both have enough tools to make vocals sound amazing.

Which DAW Has Best Stock Plugins?

As much as I like Studio One, I’d have to say that Ableton probably has the coolest and most unique plugins of all DAWs I’ve ever tried. Getting Ableton for the plugins alone is probably worth the investment.

Do Professionals Use Stock Plugins?

Absolutely. You’d be surprised to know how many pros use almost nothing else but the stock Pro Tools EQ.

What Are 3rd Party Plugins?

3rd party plugins are those plugins that do not come with any specific DAW and can be used regardless of which one is your DAW of choice.

While stock plugins usually do not look too representative, they’re perfectly capable of handling almost any mixing scenario, including electronic music.

Studio One Artist mostly has the same stock plugins as the Pro version, except for a few plugins like Beat Delay, IR Maker, and Ampire.

Is Studio One Prime Enough for Fully mixing and Mastering a Song?

Studio One Prime is the entry point version of Studio One and lacks quite a few features the Pro version has. While you can get surprisingly good results with it, you may want to switch to the Artist version, at least if you’re serious about music production.

Studio One’s stock plugins can produce a track that will sound as good as any professional mix. Except for a couple of dated GUIs, there’s very little to be desired.

Unless 3rd party plugins are deeply rooted in your workflow, there’s almost no need to reach for any of them, as Studio One’s wide range of stock plugins will get you covered in most mixing situations.

How does Studio One stack up against Ableton? Click here for our Studio One vs Ableton shootout! 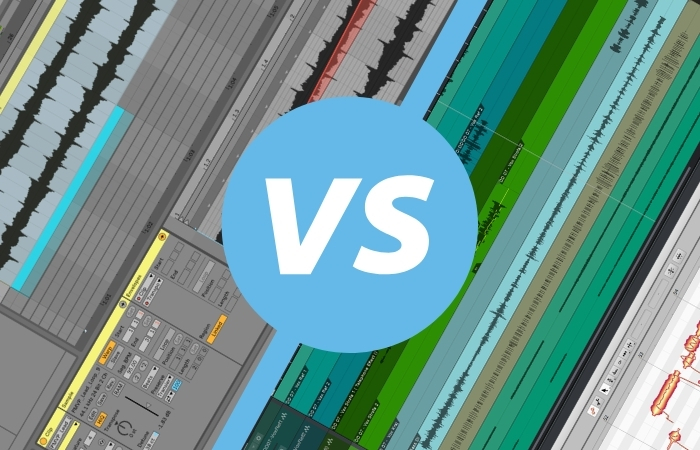 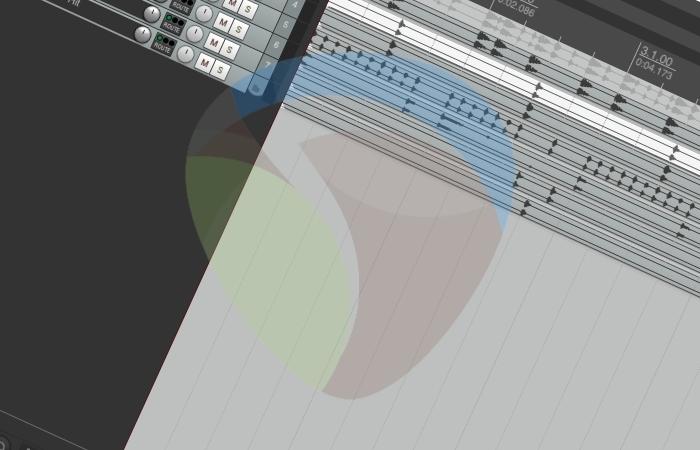 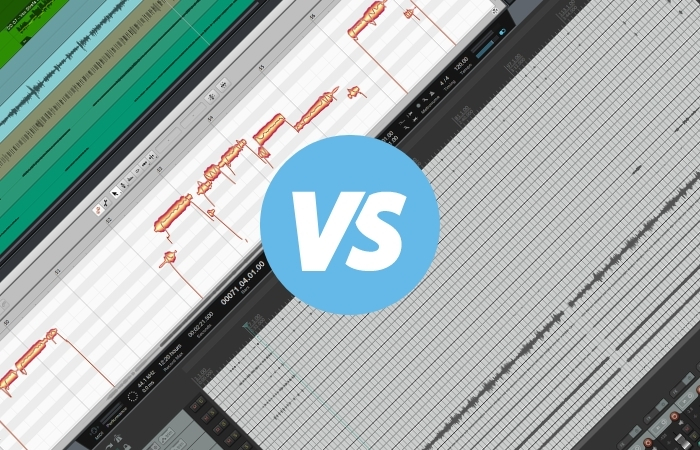 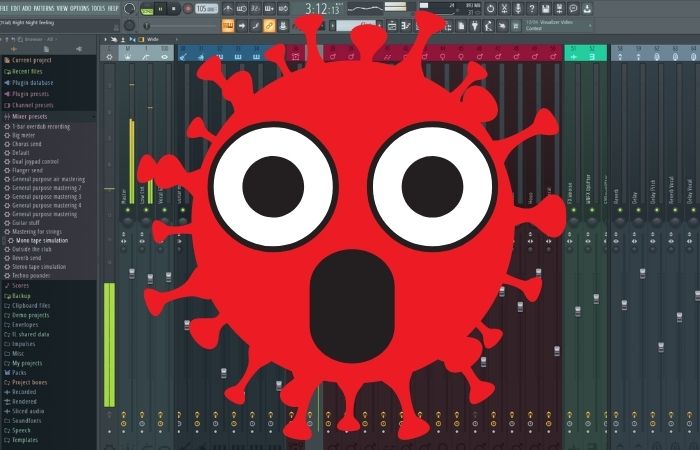 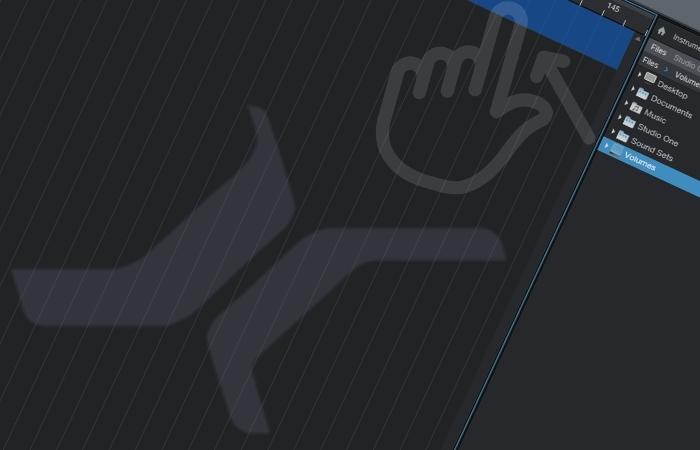