With the introduction of Apple Silicon, the MacBook Air is now capable of running even the most demanding apps and software, including Ableton Live, which as of version 11.1, has native support for all Apple Silicon chips.

To Mac, Or Not To Mac

Sometimes, you may wish to do music production on your computer, especially on the go. This may lead you to ask: Can I run Ableton Live on my MacBook Air?

Thankfully, the answer is yes; however, there are some factors you should consider when deciding whether it’s the right choice for you or not.

In this article, we’ll cover everything you need to know about running Ableton on a Macbook Air, along with some tips on optimizing your experience to get the most out of your laptop and meet your project deadlines!

Why Do Producers Use Macs?

MacBooks have historically been a top choice for many music production professionals. And considering Apple’s reputation, this should come as no surprise.

In the past, Apple’s MacBook Pro was almost universally considered the best MacBook for creative professionals.

This was partially due to cultural influences (for years, I wanted a MacBook Pro simply because I noticed that all my favorite DJs at the time always had one up on stage) but also because of the sheer capabilities of the hardware.

Apple has always been forward thinkers. In fact, MacBooks were among the first mass-production laptop models to include solid-state storage devices. And in 2008, Apple did it again by releasing what they promoted as “the world’s thinnest notebook,” earning the title of “Ultrabook. “

I’m speaking, of course, of the MacBook Air.

Are Macbooks Airs Good For Ableton? 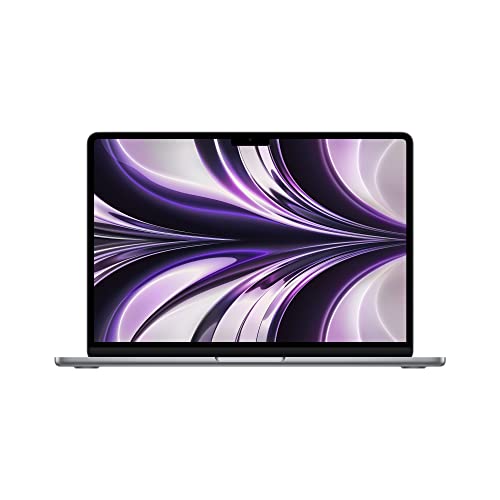 At the time, it meant absolutely nothing. You see, to claim the title of “Thinnest Notebook,” sacrifices had to be made.

Sacrifices that came at the cost of performance.

And so, for a while, the MacBook Air was not something you were likely to see in a professional studio.

Little did we know, but as far back as 2010, Apple was silently pushing boundaries with ARM CPUs.

Apple stopped sourcing their processors from the industry giant Intel and instead went on developing a new CPU architecture, built in-house, specifically for Mac computers.

They called this the M1 chip, and in November 2020, the new M1 was shipped in MacBook Pros AND MacBook Airs.

Long story short, it was a huge success. While current-day MacBook Airs do have lower performance when compared to their “Pro” older siblings, they certainly have enough power to run Ableton. The most powerful models (the M1 Pro and M1 Max), and the recently launched M2 are the best CPU in the world.

Does Ableton Work With An M1 Chip?

So I know what you’re thinking, the M1 is still relatively new. Have developers already started to adopt the new architecture in their updates? Is Ableton even compatible with this new spec?

How Much RAM Do I Need For Ableton?

For comparison, The Apple M1 chip, according to this article by cpubenchmark.net, has roughly the same performance as an 11th gen intel core i5 processor.

That’s the same processor I am currently using in my workstation. It frequently handles 30+ track projects with tons of plugins easily. And consider that I’m running a desktop, not a laptop.

The only thing that worries me slightly is the M1’s limit of 16GB RAM max.

For creative work like music production, keeping a machine with 32GB or more is often more favorable. However, it is not a requirement, as 16GB can still get you pretty far.

Technically speaking, yes, it is.

However, in practice, things tend to get a bit trickier.

I have found from personal experience that while 8GB of DDR4 RAM will indeed be enough to run Ableton Live, I would highly recommend at least 16GB ram if possible.

Ultimately, you will benefit from a smoother workflow and a better experience.

Do Musicians Use Mac Or PC?

That is a tricky question to answer. I’ve always used a PC, but I know many people in the music production world who use Macs.

If you want one computer to do it all, then Mac is probably the way to go. But if you’re on a budget, then a PC is more likely what you’re looking for. And of course, there are pros and cons to either option.

What Is Logic Pro On MacBook Air?

Logic Pro is a software suite for music production that allows for creating compositions in a digital audio workstation.

The software was developed by Apple and used by various professional artists.

It is very similar to Ableton Live and can be used to accomplish the same tasks as you would in Ableton.

Are MacBooks Good For Ableton?

As I mentioned above, you should be good to go if you’re talking about Apple Silicon Macs.

But regardless, remember that Macbooks are designed for portability, not power. So yes, you can run Ableton Live on a MacBook Air if you’re okay with the trade-off between features and portability.

The best way to decide is to look at your own needs and compare them to the specific model of MacBook that you’re considering.

In the case of models that feature the M1 processor, the CPU performance is on par with a PC desktop, but that doesn’t change the fact that it is a laptop.

Can You Run Ableton On A Chromebook?

Google’s Chrome OS is a cloud-based operating system, which means that you won’t be able to use it to store and run intensive software like Ableton on your Chromebook.

However, if you have the Google Play Store application installed on your Chromebook, you can download apps from the Play Store, such as FL Studio Mobile.

For more reading, check out this guide looking at whether Ableton is better on Mac or PC.