Even though you don’t specifically need an audio interface for your monitors to work correctly, having one in your studio setup will not only make your speakers sound better but will also give you plenty of other benefits as well.

If you’re new to the world of music-making, you may be in doubt about many things. One of them is if you need an audio interface for your studio monitors.

In this article, we’ll discuss the pros and cons of pairing your studio monitors with an audio interface and determine if that’s the right choice for you.

Does an Audio Interface Make a Difference In Your Monitor Setup?

An answer to this question is both layered and straightforward at the same time. The absolute shortest answer is yes- an audio interface can make a massive difference in how your speakers react to the signal being fed to them.

Whether or not this is relevant for you is debatable.

If you’re just a casual music listener having an audio interface in your chain probably won’t make your experience any more enjoyable than without it.

However, if you are a musician, it can make all the difference in the world.

To better understand if you need an audio interface in your setup, here are some benefits of having one.

Benefits Of Having An Audio Interface

Your Audio Will Be Played At Higher Quality

An audio interface is essentially an external sound card. Every single computer is loaded with one, except the difference between the two is quite drastic.

Integrated soundcards that come with your motherboard are practical enough. They are designed with multiple uses in mind (gaming, playing audio clips, plugging in headphones, etc.) However, there has to be a compromise to achieve this versatility for a low price.

A plain soundcard will reproduce your audio in lower quality.

On the other hand, audio interfaces are designed specifically for people who take audio seriously to have better converters (DAC).

DAC converts the digital signal (1s and 0s) to an analog one so that your speakers can read it and reproduce your audio.

This means that running your studio monitors through an audio interface will make them sound better as they’ll be fed with a better signal as opposed to your integrated soundcard found on computers and laptops.

You’ll Get Less Noise In Your Audio Chain

An audio interface is a multi-purpose box. It has many features that can improve your listening experience or music productions.

One of the great strengths of an audio interface is a separate balanced output for each of your monitor speakers.

This means that you can battle one of the common enemies of home producers – unwanted noise.

A balanced output will cancel out most of the buzzing and humming that enters your circuit through electrical interference caused by other electrics in your studio.

A minor downside of this is that you’ll have to buy two balanced cables instead of one, which isn’t that big of a deal anyway.

You Can Connect More Than One Pair Of Speakers

Connecting multiple speakers can be quite a valuable option for both your studio and listening environments.

It’s always good to reset your ears by hearing your current mix on a different set of speakers. It’s also helpful to hear if your mix translates well to other systems.

It’s easy to get lost in your own judgment, so taking a different perspective from time to time is extremely useful.

On the other hand, if you don’t care about studio stuff, you can enrich your listening space by throwing in another set of speakers that will work with your main ones to add a different flavor to your music.

Some of the cheaper interfaces won’t have the option of multiple outputs. However, you can still use headphone output instead if you don’t need it at a particular moment.

You’ll Have No Latency Using An Audio Interface

Latency is the time it takes from the moment the audio is played to you hearing it. It is crucial to get latency values as low as possible if you’re looking into recording music.

Imagine striking a chord, and your DAW records it a second or two after you’ve played it. That would significantly throw your timing off and make any recording almost impossible.

This latency happens due to drivers not being dedicated to musicians’ needs. Instead, they’re more focused on multi-tasking for the everyday computer user.

Drivers developed specifically for each brand of audio interfaces will give you the option to choose the buffer size of up to 32 samples which is the point where you’ll stop noticing any latency.

If you have no intention of recording audio or MIDI, this feature won’t be beneficial, as latency doesn’t affect the quality of the signal in any way.

You Can Power Your Passive Speakers

Although most of the studio speakers sold today are active (meaning that they come with their own amp built inside), many popular choices for music producers aren’t.

If you happen to own passive speakers, you’ll have to find a way to power the speakers somehow, as you can’t simply plug them in the audio jack of a computer. You’ll basically get no sound.

You can either buy an amp or, even better, get yourself a USB audio interface.

It can serve as a great amplifier that will provide you with plenty of other perks as well.

Most interfaces also have a headphone out, so you can plug in even the high-impedance ones with no worries about matching impedances.

How To Tell Which Audio Interface Is Right For You?

Choosing a suitable audio interface will depend on your needs.

Audio Interfaces can be found in a variety of price points. The more channels and advanced features they have, the higher the price.

Whether or not more expensive interfaces will give you a better sound quality is highly debatable. I personally think that slightly better converters in high-end series don’t justify the significant price difference.

The good news is that most of the audio interfaces sound great, even the budget ones. The only feature I would encourage anyone to go for is the option of hooking up multiple speakers that could work simultaneously.

Otherwise, a standard single or two-channel interface will usually be enough for almost any home studio.

How To Connect Your Studio Monitors To An Audio Interface?

Connecting your speakers to an audio interface is relatively easy. The only confusing thing about it is figuring out which cables you’ll need.

Every speaker has a different socket type used to connect them to either an amp or an audio interface. Most commonly, speakers have two sockets – 1/4 inch and XLR.

1/4 inch input is the one you find on guitar amps, and XLR is found on microphones.

It’s important to note that when it comes to 1/4 inch cables, you’ll need to get a balanced one. The standard guitar cables won’t work as well because they’re unbalanced, which can cause you some trouble when introducing noise.

The other thing to consider is the socket of the source you’re plugging your speakers to.

Alternatively, if you want to use your speakers without an interface and instead plug them straight into the headphone out on your laptop or computer, you’ll need a stereo 3.5 mm jack that has one side split into two jacks so you can plug them into each speaker.

If you can’t find the correct cable for some reason, you can always use adapters that will bridge the connection. Usually, you’ll need a 3.5 mm to 1/4 inch adapter or chinch to 3,5 mm or 1/4 inch. These will get you covered most of the time, but it’s always wise to check your speakers before buying cables to avoid complications.

Once you get all the right cables, it’s just a matter of connecting your speaker’s output to the output found at the back of your audio interface.

You can read our complete guide on connecting an audio interface to studio monitors, including monitor placement advice here.

How to connect multiple studio monitors to the audio interface?

The procedure for connecting multiple monitors is precisely the same as connecting a single one. You need to ensure not to mix up the different outputs while connecting two or more speakers.

How do you use studio monitors without an audio interface?

If your monitors are passive and you don’t plan on using an audio interface, you’ll need some way of powering them. An alternative to an audio interface is to buy an amp. Otherwise, if your speakers are active, you can plug them straight into devices like computers, laptops, or smartphones.

What are the differences between an audio interface and a sound card?

What would be the best audio interface for studio monitors?

Most audio interfaces sound very good, and it’s hard to go wrong here. Getting anything from Steinberg, Focusrite, Presonus, or Mackie will be sufficient to make your monitors work at the optimum level.

Should I buy monitor speakers or an audio interface first?

I would perhaps go for the audio interface first, as you’ll be able to perfect your craft on any other speakers (even the budget, desktop speakers). Eventually, when you feel you’re ready for something more serious, buy some nice studio monitors.

If you are planning on recording music and producing the best sound quality from your computer is an interface needed?

In that case, it is absolutely essential.

Can you use a sound card instead of an audio interface?

Although sound cards have gone out of fashion lately, some people still prefer them over the audio interface because they’re used to that workflow. Both work great for home recording.

If you are a vocalist and you are just recording your vocals into a music project that someone sent you from your computer, can you just do this with a USB microphone?

Unfortunately, running a microphone straight into the headphone jack of your integrated sound card comes with many problems. Most notably, you’ll have noise and latency problems, and because you lack a microphone preamp, you’ll have trouble controlling your microphone level.

An audio interface is always a welcome addition to any audio setup as they’re relatively cheap and multi-purposeful.

Although you can perfectly well run your studio monitors without it, considering the benefits it gives you, pairing your monitors to any audio interface will be a good choice regardless of whether you’re a musician or not.

Not sure what audio interface to get? Check out our 12 best sound cards here. 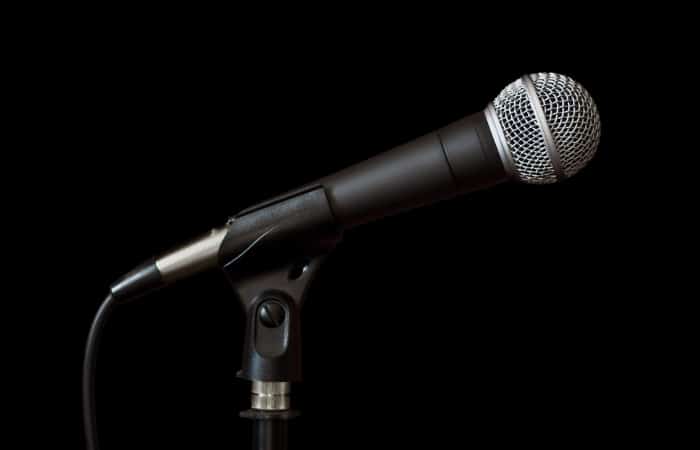 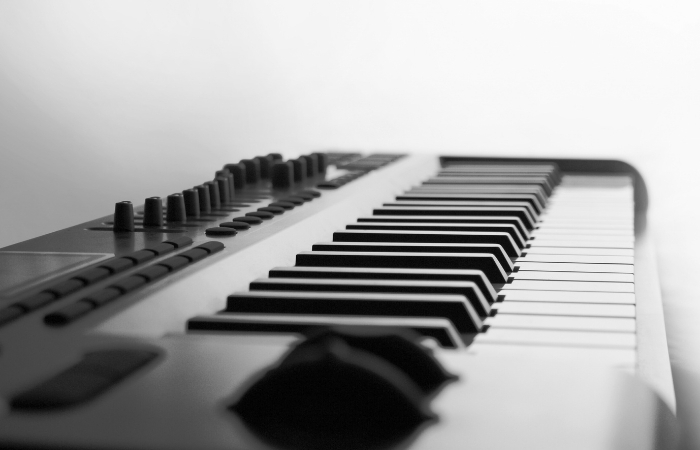 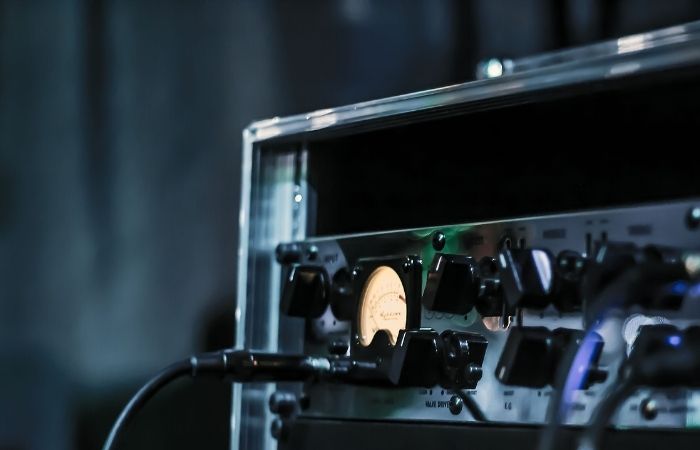 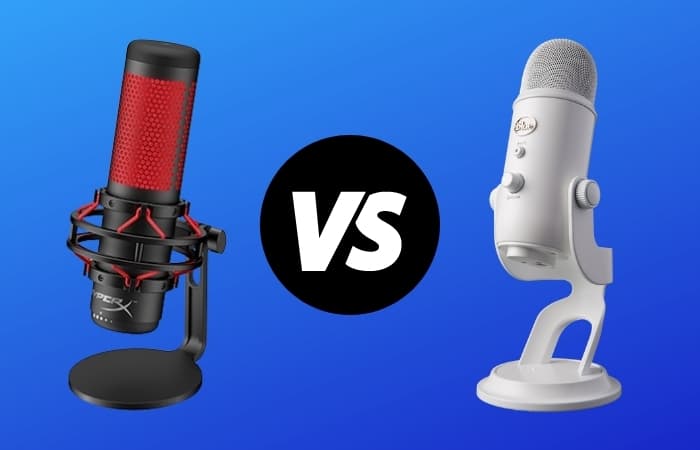 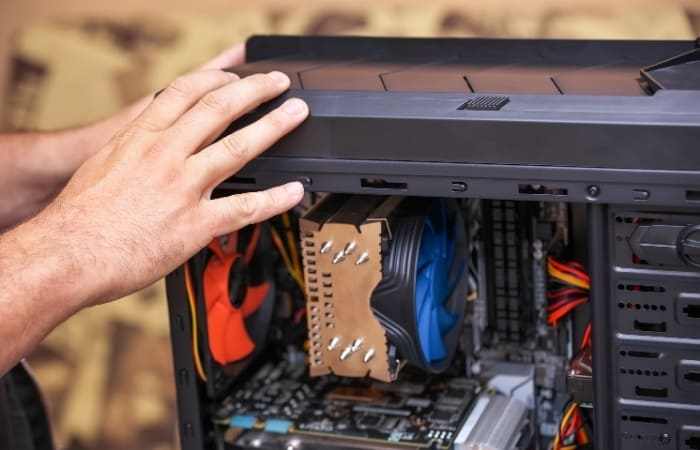 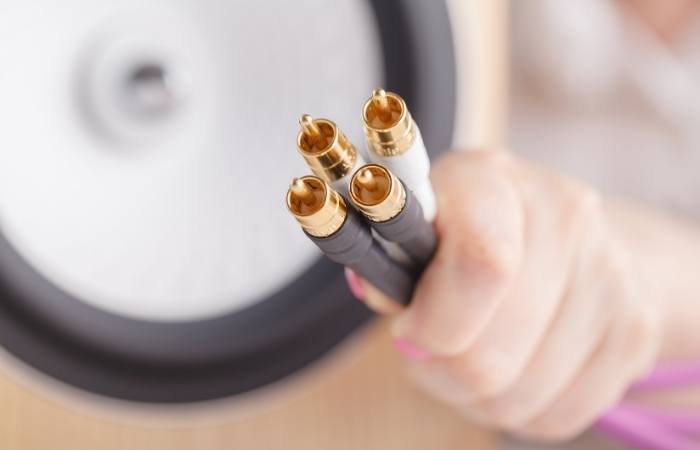