The art of a DJ is not just about playing the right song at the right time. It’s about reading the crowd and understanding their desires so you can take them on an emotional journey.

Bar counting beat matching and mixing are all tricks of the trade that any DJ worth their salt needs to be able to do. However; One DJ skill that really separates the good DJs from great ones is double-dropping.

In this article, I will explain what a double drop is, who you should be checking out, and finally, how to do it yourself.

With that said, let’s get to it!

What Is A Double Drop?

A double drop is a term used to describe two tracks that essentially ‘drop’ their main basslines simultaneously. This skill is carried out by a handful of DJs in specific electric dance music genres, predominantly Drum And Bass.

When performed well, it can sound amazing and is guaranteed to destroy any dance floor, but use with caution; if a double drop goes badly, it can have an opposite effect and sound like a trainwreck!

We’ll get into how to double drop later in this article, but in the meantime, let’s first let’s look at the main players using this skill.

Who Uses This Technique In DJing?

The undisputed champion of the double drop is Drum & Bass DJ Andy C, one of the originators of this mixing technique.

Going as far back as the mid-90s to the Jungle music days, Andy C has been at the forefront of the scene, headlining major dance events and music festivals worldwide, plus winning numerous awards along the way.

You won’t find any CDJs on Andy’s technical rider; he still uses Technics turntables, only now three of them along with Traktor DVS and an Allen & Heath DJ mixer.

In every set, you will hear him seamlessly double drop older classic tracks on top of the freshest dubs available, often using all three decks simultaneously.

Not only is Andy C the most influential name in Drum & Bass, but he also runs his own label, Ram Records, which over the years has brought through artists such as Chase & Status, Subfocus, and Wilkinson. 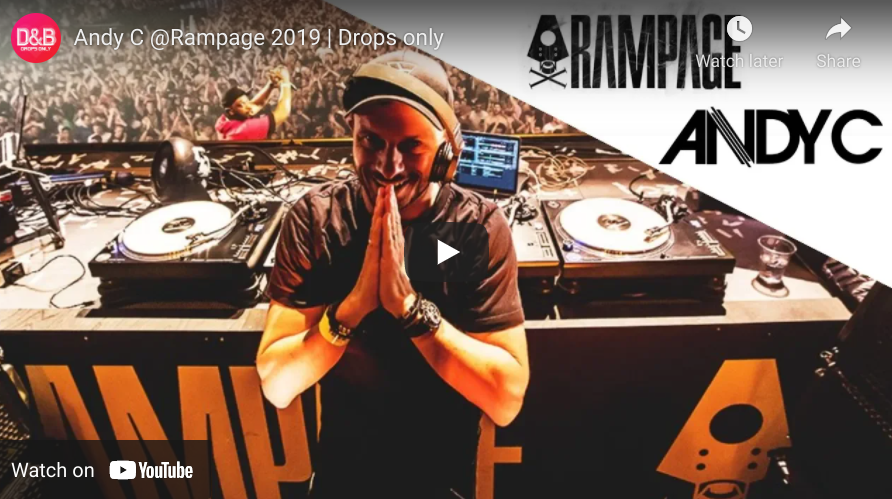 You cannot have the double-drop conversation without mentioning Mampi Swift, like Andy, one of the originators of this mixing style.

You always know when Mampi Swift steps up on the decks with his trademark double drop first mix!

Along with being a successful DJ and producer, he is also the head honcho of Charge Recordings, a Drum and Bass record label that has released massive anthems such as The One, Hi Tek, and Jaws. 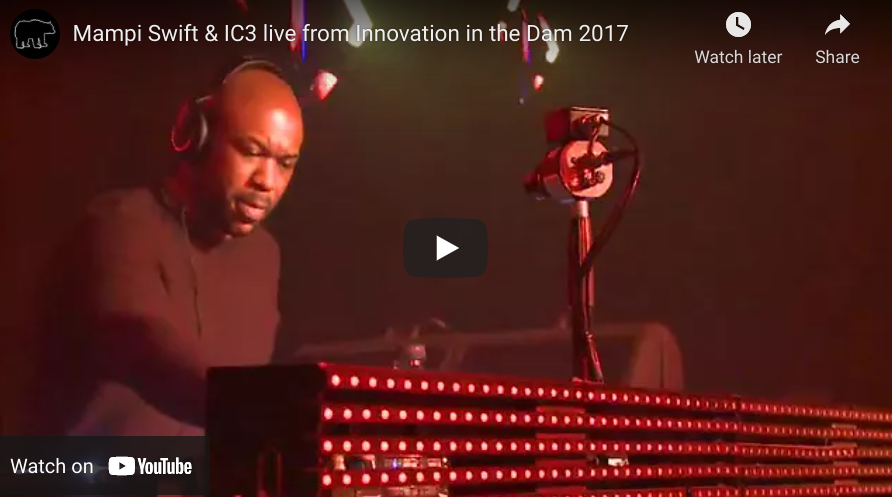 Another Drum and Bass heavyweight of only a handful to utilize three decks is DJ Friction. After a swift rise to success culminating with his show broadcasting DnB worldwide on BBC Radio 1, Friction is another well-known artist for his double-dropping skills. 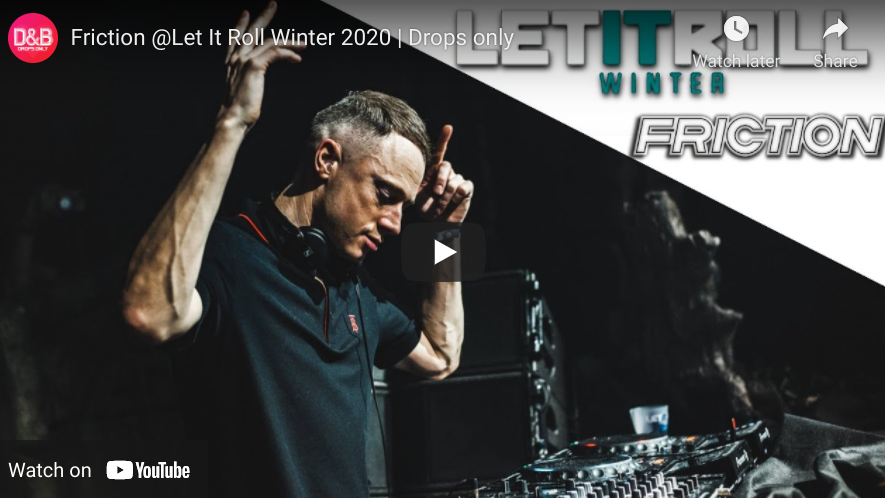 One of a new breed of artists that can perform on up to six decks, with more double drops than you can shake a glowstick at!

Having beaten Andy C to the best Drum & Bass DJ award in 2019 for the first time in its history, A.M.C takes double dropping to another level. 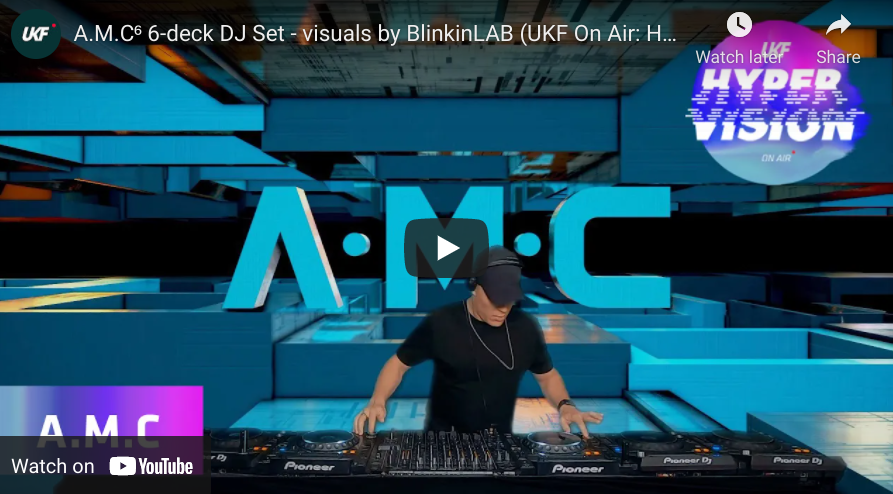 Another artist that uses the more, the merrier approach to mixing is DJ Blackley.

Using six CDJs and plenty of double drops, this high octane approach to DJing is becoming more and more popular. 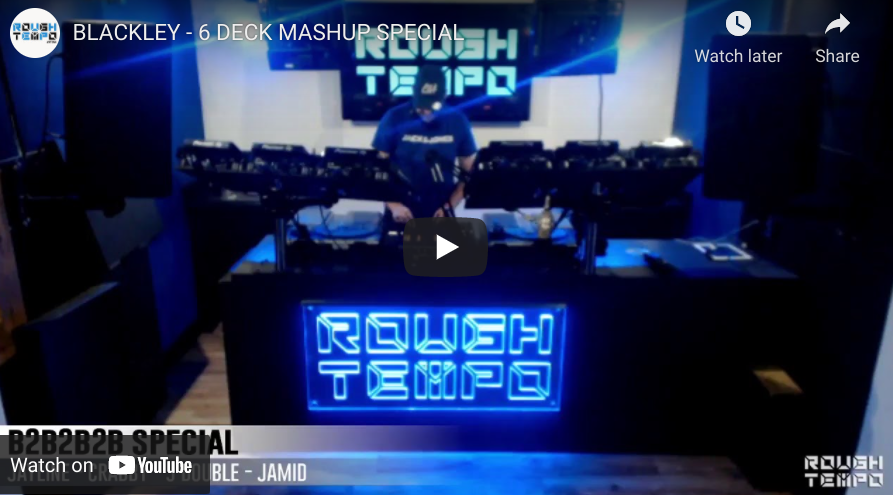 How Does Double Dropping Work?

Double dropping is all about creating the maximum power and energy of two or more songs simultaneously playing their main parts without sounding like a complete mess.

You can also create a ‘call and response’ where the second bassline responds to the first bassline.

Double dropping is all about timing, the correct tempo, the correct key, volume levels, EQing, and most importantly, selecting the right tracks that will play nicely with one another.

Luckily in today’s digital era, it is much easier to do this than in the vinyl-only days. Setting cue points, looking at the waveforms, or even using the sync feature, makes the whole process a lot more straightforward.

In the following section, we will run through how to double drop. If you need to brush up on your beatmatching skills, first check out our How To Beatmatch guide HERE.

What DJ Equipment Do You Need?

It may be obvious, but we’ll quickly go over what equipment you’ll need.

The basic setup will consist of two decks (turntables/CDJs) or even more if you intend to be the next A.M.C, a DJ mixer, a pair of headphones, and some DJ monitors (speakers).

Alternatively, you can use a DJ Controller and your chosen DJ software along with just some headphones and monitors.

Now we’ve got that out of the way; let’s get into the fun stuff!

How To Double Drop?

Step One – Selecting Songs That Will Work together

The most important part of being able to double drop is selecting tracks that will work well together. Over time you will develop a natural ear for this, but it’s key to select tracks that are roughly the same BPM and look for basslines that you think will complement each other.

For example, if one track has a high-end or mid-range bass sound, select a second track with a sub-bass wobble to drop over/below it.

At this stage, you might want to use a couple of tunes you have heard other DJs use that you know work well together. Once you get the hang of it, you can then come up with your own combinations.

Next, you need to check out the tracks’ structure, where the breakdowns, builds, and drops are.

Using Drum And Bass as an example, you will typically find the same song structure throughout the genre. Those are:

These sections are broken down into bars, which leads us nicely into our next section, Bar Counting.

Thankfully this process is much easier with modern DJ software and CDJs; alternatively, you can do it the old fashion way by counting the bars, especially if you are using turntables and vinyl.

Most songs are written with a simple 16 bar block structure, so each bar of 16 is broken down into small blocks of 4.

To double-drop, you need to determine where the main drop is on both tracks.

For example, if the first track (A) drops at bar 32, and your second track (B) drops at bar 16, you need to count back 16 bars on track (A). Once you have counted back these bars, you now know for both tracks to drop at the same time, you must release track B when track A hits bar 16.

If you are using digital DJ software like Serato, Rekordbox, or Traktor, you can visually see the song structure, including beat grid markers making the process much easier.

If done correctly, both tracks should drop simultaneously; however, you might need to make small adjustments to the pitch controls to keep both songs in time with one another.

Assuming all the above has gone to plan, and both tracks have dropped bang on time, it’s time to make sure the bass frequencies aren’t clashing, creating a horrible “muddy” sounding mix.

If you selected two tracks at the start of this process that compliant with each other, hopefully, there is not too much that needs doing at this stage.

Move your body in time with the music; either step on the spot or nod your head. Feel the rhythm of the music to help you mix in time.

You can approach this in a couple of different ways. The first is to use the Low-End EQ and reduce/cut the bottom end from one of the tracks (usually the first track that’s already playing) whilst the bassline is played from the second track.

Alternatively, you can use the same EQ on both tracks, cutting the bass and switching between the songs every couple of beats, so when track A had its bass playing, track B doesn’t and vice versa.

You may also need to tweak your highs and mids EQ’s slightly along with the gains, so the levels sound even and the top end shines through.

Depending on what you plan to do next will determine where you go from here.

Often a double drop is used as a tease and only played for a few bars then taken back out before mixing in a different tune.

Alternatively, you can transition into track B using the faders or a nice hi-pass or low-pass filter.

Can you only double drop with Drum & Bass?

No! Drum & Bass is the most common genre of music to double-drop, but it can work with any electronic music.

How do I know when a DJ is going to drop?

You’ll be able to tell by listening for an increase in volume and intensity, which will lead to a louder and harder sound.

Where to double drop tracks in your sets?

You can pretty much double drop anyway in your set; for example, at the start of your set is a good opportunity to announce you have arrived with a big double drop!

So there you have it, a definitive guide that should help you well on your way to implementing double drops into your DJ set.

Remember, above all else, practice is the most important thing; even if you don’t pull it off straight away, keep at it and you’ll soon be able to master it.